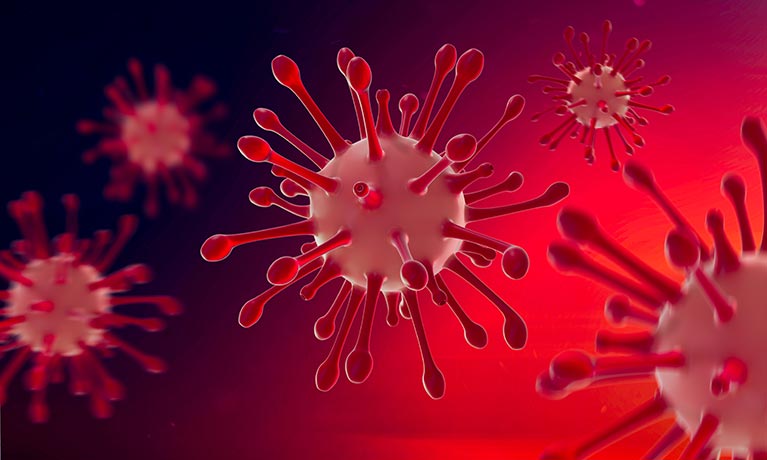 On Thursday 19/03/2020, the Bank of England (BoE) cut interest rates to a record-low 0.1% – the lowest official interest rate since the Bank was founded in 1694 – and added £200bn to its Quantitative Easing (QE) program through which it creates money electronically under the reserve balances to purchase debt (UK government gilts and corporate bonds) in its latest emergency measures to alleviate the economic impact of the COVID-19 outbreak.

This emergency action follows another £20bn of fiscal stimulus chancellor Rishi Sunak announced just over a week ago in the budget, and the launch of £330bn in loans to help UK businesses through the coronavirus crisis.

The decision, just the first week in the tenure of new BoE Governor Andrew Bailey, was described by Bailey as reflecting the unprecedented nature of the crisis, and the speed at which the crisis is deepening (Goodman & Ward, 2020). The BoE’s decisions need to be seen in the context of recent plunges of the financial markets and the fall in the value of the pound to its lowest level in over 30 years. The coronavirus pandemic and the measures that continue to be taken to contain it will undoubtedly result in a major economic shock in the short to medium term, and the role of the BoE is to help to meet the needs of UK businesses and households in dealing with the associated economic crisis. But the question begs, how effective are the above measures likely to be to achieve this aim?

Some media reports have already questioned whether the BoE’s action may be merely a “futile gesture” … “to raise the whole tone of the war” against the spread of the coronavirus (see The Guardian, 19/03/2020), which is forcing countries around the globe to shutter business and enforce travel bans. Surely, trimming the base rate from 0.25% to 0.1% to reduce the cost of borrowing is not going to do much to prevent the UK economy suffering significantly over the next couple of quarters (and perhaps further) or arrest the inevitable wave of business failures and job losses likely to result from the coronavirus outbreak. As people self-quarantine, and the demand and supply of non-essential items drops dramatically, the UK and global economies are all but certain to be heading for a deep recession.

The restart of BoE’s QE too (that will take its stock of bonds up to £645bn, and which came a day after the European Central Bank’s move to ramp up its QE programme by the equivalent of £700bn) is likely to do little to stop workers being laid off and avoid a deep recession, helping at best to reduce stress in bond markets in the short term.

At the time of writing this Blog (Friday 20/03/2020) the initial response in the gilts and currency markets appears to be positive but not ecstatically so, and pound sterling seems to be recovering but only marginally against its recent meltdown. We have been here before. About 10 years ago, “with the UK economy in its worst three-month period of growth in modern history, inflation expected to fall below its 2% target, consumer spending hitting rock bottom, and widespread fears to be on the verge of a deflationary spiral, on 5 March 2009, the BoE began to inject £200bn into the economy via an unprecedented QE monetary mission aimed at rescuing the UK’s economy from the real prospect of depression” (De Vita & Abbott, 2011, p. 389). This experiment had come after the BoE had dropped borrowing costs to the lowest level in the Bank’s 324 years of existence. So how did QE fare then? Did the QE mission accomplish its aim? And what can we learn from the verdict of that first QE iteration?

My verdict at the time (see De Vita & Abbott, 2011) – akin to that ascribed to the 1970 Apollo 13 Moon mission – was that the anti-crisis ‘rescue mission’ undertaken through QE was a ‘successful failure’. Measured strictly against the aims of what QE had set out to achieve, it clearly failed to boost spending in the economy in the short-term and lead the economy to a speedy recovery marked by steady growth. On the other hand, in the immediate, QE certainly helped banks make progress in repairing their balance sheets and helped lift equity prices. The QE injection was also successful in raising expectations, by reducing fears of the economy falling into a debt deflation spiral.

All in all, QE helped the economic climate to be more stable than what most scenarios envisaged at the beginning of the 2007/08 financial crisis, when the collapse of the entire financial system and a full-scale economic depression were distinct possibilities. Since then, Britain enjoyed a jobs-rich recovery from the 2008 crash, a prolonged period of GDP growth, and a doubling of the value of the FTSE 100 (now suffering a new crash amid coronavirus crisis). But these accomplishments were not costless. Wealth inequality has soared over the past 10 years. Savers with cash assets got a very bad deal from low interest rates on bank deposits (thereby reducing year-on-year the value of their savings) while families with mortgages – who had admittedly cheaper mortgage costs – were able to keep spending and borrowing – thus helping fuel the ‘economic recovery’ (The Guardian, 2020, 8 March). Lower borrowing costs allowed private debt to build up, with borrowing on credit cards and personal loans now, 2020, being higher than levels recorded prior to the 2007/08 financial crisis (The Guardian, 2020, 8 March).

So, all in all, the verdict on the early QE experiment of 10 years ago acts as a reminder that any form of expansionary monetary policy that aims to resuscitate aggregate demand through additional debt and by encouraging more borrowing, lacks long-term credibility and may increase inequality. Like 10 years ago, QE, as with the aggressive interest rate cuts and the fiscal stimuli that preceded both of its iterations (albeit 10 years apart), may simply accelerate debt-breeding, simply postponing the UK economy’s day of reckoning by pushing today’s problems into the future. Clearly, the Government and BoE’s response at times of crises cannot but entail expansionary fiscal and monetary programmes aimed at providing some relief and stimulating economic activity. But it is equally clear that no nation has ever found prosperity by monetizing its debt through the old-fashioned printing press or its modern-day QE equivalent. Doubtless, the BoE alongside the UK Government will do more in the coming weeks, but unlimited amounts of newly created electronic money for the Treasury to spend will do little and yield no returns until the coronavirus itself, which is the core problem of this crisis, is suppressed.

P.S. On 20/03/2020 at 17:15 GMT the Chancellor has just announced a new package of measures to counter the newly imposed closures of cafes, bars, pubs, clubs, theatres, gyms and restaurants and associated restrictions “to keep people apart”. These include the government stepping in to pay people’s wages via grants to cover 80% of salary of retained workers (up to a maximum of £2500 pm), next quarter of VAT payments for firms deferred until the end of June (a VAT holiday affecting almost every business in the UK, representing a £30bn cash injection into the economy), and a pledge of nearly £1bn of support for renters, along with a call to businesses to look at government support available before laying off staff.