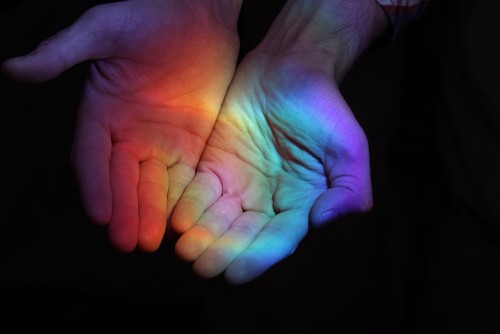 On the 20th November there will be candlelit vigils across the world to commemorate the Transgender Day of Remembrance. Ours will take place on campus tomorrow at the Sqaure One courtyard at 7:30pm.

The ceremony is a memorial to those who were killed due to anti-transgender discrimination, hatred or prejudice; there will be a short speech given and victims of transgender violence this year will be read out.

I want to take this opportunity to discuss trans people, help to define the differences between the terms ‘transgender’ and ‘transsexual’ and most importantly spread awareness of this significant historic event.

“Trans people are at greater risk of depression, self-harm and suicide. A 2007 survey of 872 trans people found that 34% of respondents had considered suicide. This is considerably higher than the general population.”

A transsexual is a person who believes their sex at birth is wrong and so changes their appearance to look, dress and act like the opposite sex. The term ‘transsexual’ especially covers someone who undergoes medical changes to become a member of the opposite sex.

What is the difference between the two?

Transsexuals differ to transgenders in that in most cases, a transsexual person would wish to have surgery and/or hormone treatment to become the sex they identify with. Transexuality is a recognised medical condition and support is available. Transgender may just associate with the opposite gender, sometimes wearing gender-typical clothes, without requiring a change of their own biological gender.

A common misconception is that transpeople are always gay. In actual fact, trans people’s sexuality varies as much as that of non-trans people. They too can be straight, gay, bisexual, asexual, pansexual etc. Gender has no effect on sexuality.

“The Transgender Day of Remembrance seeks to highlight the losses we face due to anti-transgender bigotry and violence. I am no stranger to the need to fight for our rights, and the right to simply exist is first and foremost. With so many seeking to erase transgender people — sometimes in the most brutal ways possible — it is vitally important that those we lose are remembered, and that we continue to fight for justice.“

Since 1998 the event has taken place each year, spreading across the world. Our event takes place tomorrow night at the Square One courtyard, 8pm. Everyone is welcome.

Coventry University has our own LGBTQIA+ society. They aim to provide a safe space for all LGBTQIA+ students, find out more information here.

Information gathered from the following sources: